Korean Aesthetics and the Identity of ​Mahk 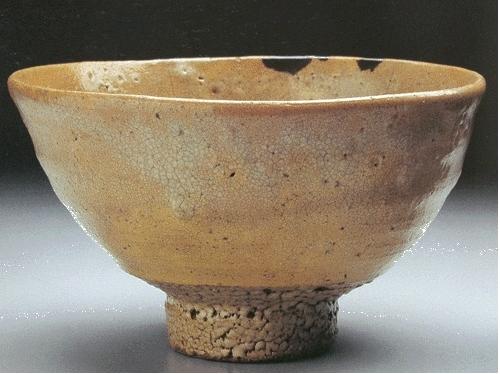 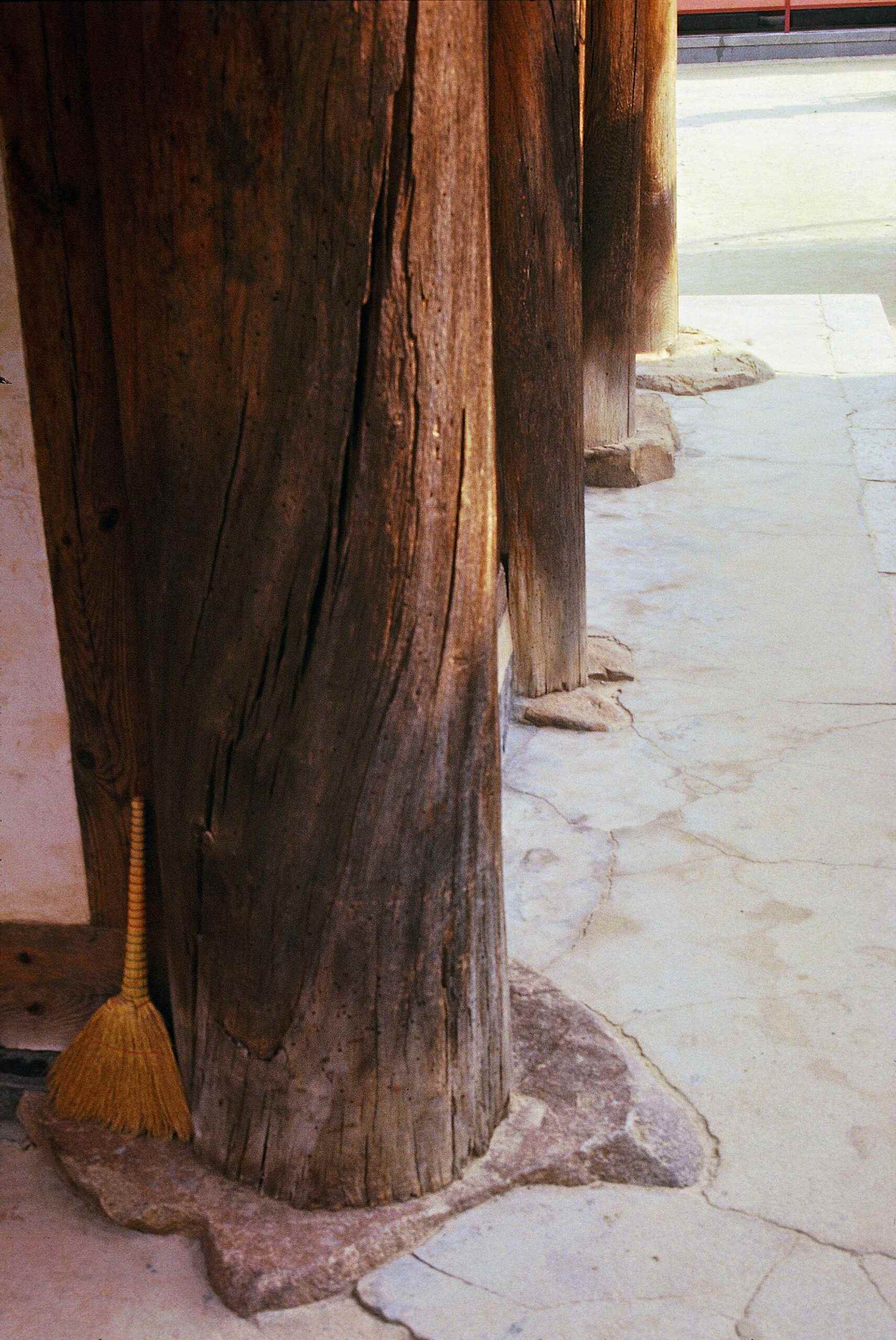 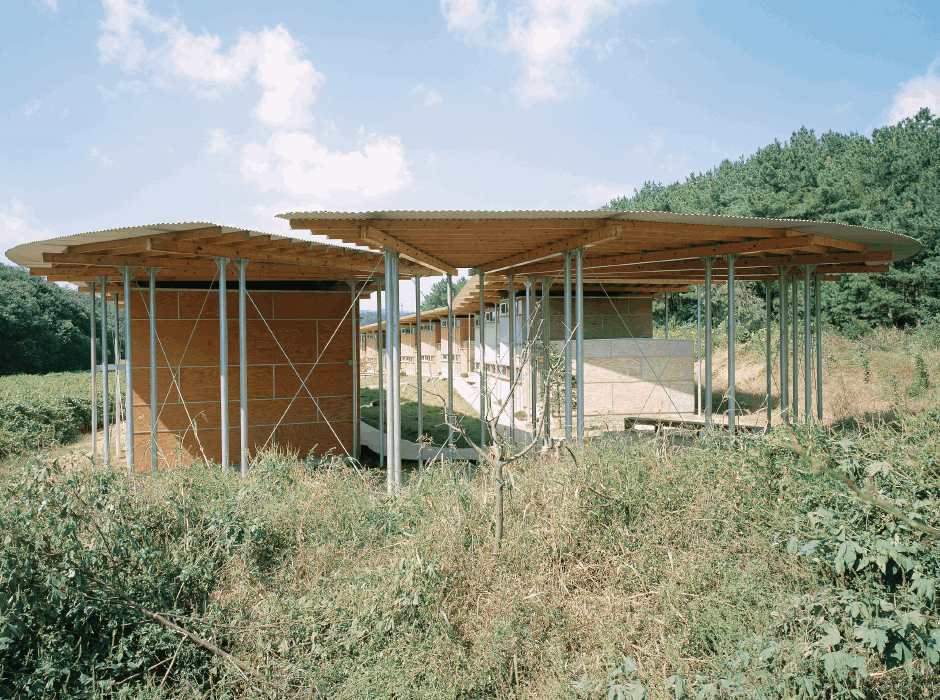 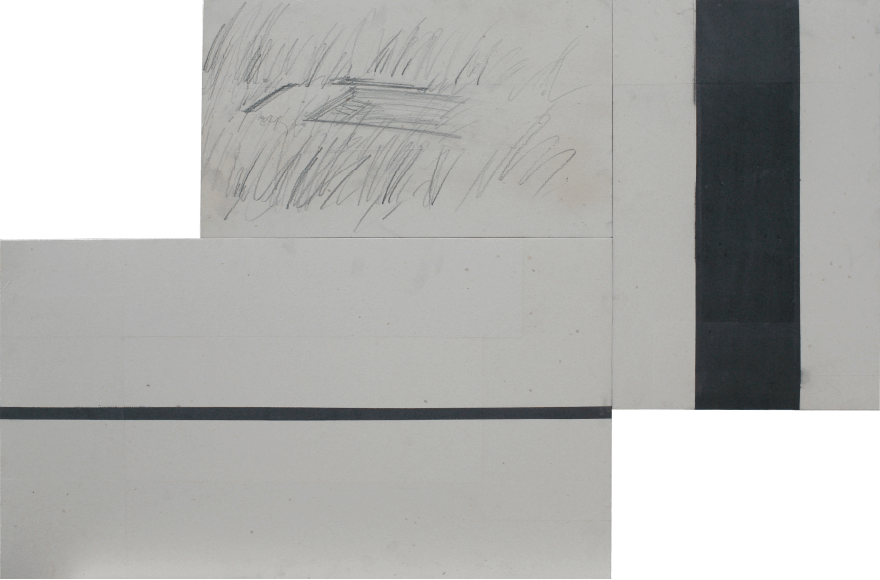 Korea’s aesthetic character has been hewn over millennia (Koreans widely regard the nation as being about 5000 years old), wrought by the limitations of surviving within an often-harsh, always-evolving, amalgam of natural forces and socio-political factors. Of course, this can be said of any culture in the world, and it’s also true that the visual language of Korea has ties with those of others in East Asia– yet it displays idiosyncrasies that are singularly emotive, and impossible not to notice once one has been made aware of them.

The Korean worldview is underlined by a deliberate making of space to improvise; space for spontaneity, the spirit of which I will refer to with the Korean adjective, mahk. This spirit permeates the original food, music, writing, dance, and other arts in Korea. But “mahk” is not an elevated term in Korean vernacular. It can infer crudeness, appearing in the beginning of words such as mahkgulli, an unfiltered rice wine long associated with old school working-class culture. Though in some contexts, it can even go so far as to imply carelessness, at its core, mahk is simply a lack of embellishment, a matter-of-fact departure from the overwrought in general. Mahk is an unapologetic rejection of refinement for the sake of refinement, of ostentation that gets in the way of practicality or honesty. In the indigenous architecture of Korea, mahk begins its influence in the initial site planning stages, and resurfaces again and again, indeed, is the driving force behind, the processes of design, material selection, and construction.

Mahk goes hand in hand with bium, the Korean notion of emptiness–emptiness in a literal and physical as well as in a more figurative one. Take for example hahnoke, traditional houses. They’re exemplary of Korean craftmanship and aesthetics, with humbly dignified defining characteristics that can be found from the lowliest dwellings to the hahnoke of the elite ruling classes of antiquity. Where other cultures may prefer precisely sawed wooden details, right angles at every turn, and bilateral symmetry throughout, hahnoke revel in warped wooden contours, unfinished surfaces, and a certain permissiveness towards the natural inclinations of the site and materials.

Rather than strict traditions and overarching ideals, traditional Korean architecture is above all, guided by the hyper-efficient usage of space and material and a disinterest in pretension or even feigned authenticity. And, at the center of it all: mahdahng. Traditional Korean architecture is reliably anchored by one or more rectangular courtyards, or mahdahng. Traditionally clean-swept and kept deliberately bare, mahdang reflect light into the rooms of the hahnoke, and provide a private space for the residents of a hahnoke to interact with one another, their home, and with nature. Though every angle and positioning of the hahnoke was planned down to meticulous detail, accommodating everything from spiritual beliefs about the energy flow on a given parcel of land, to the way the sunlight would reflect from the clean-swept ground into various parts of the hahnoke at every time of day and year, in the end, they were rather humble in appearance– again, hyper-practical, unadorned, and full of emptiness. 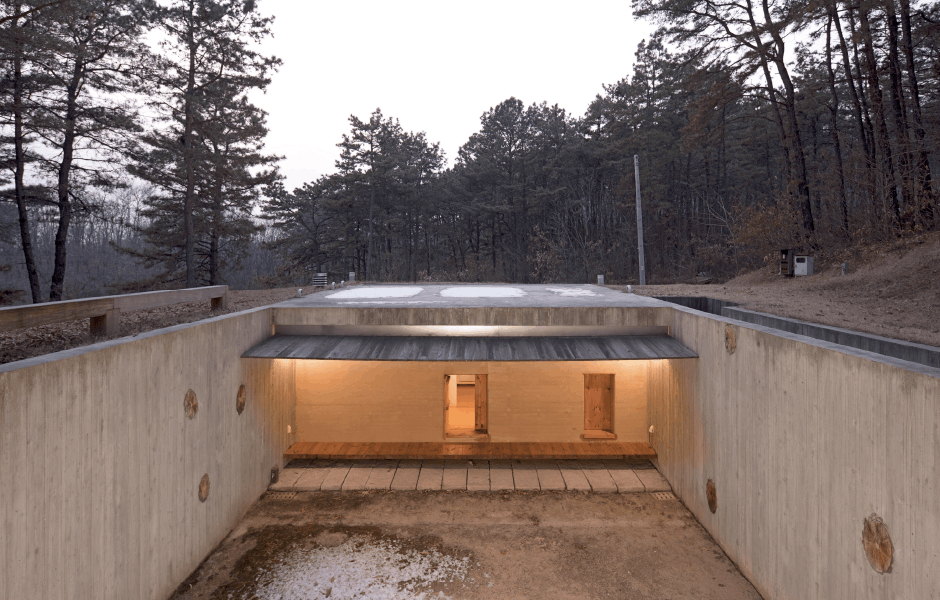 In historical context, mahk and bium reflect on a naturalistic understanding of the world akin to the ideals of the Confucian sunbi (‘virtuous scholars’ who “[passed] up positions of wealth and power to lead lives of study and integrity”) of the Goryuh (918-1392) and Josun (1392-1897) periods; ideologies that are imbued with an affection and respect for the connection between universal pathos and the act of creating.

Further, like the ancient Greeks and their muses, Koreans of antiquity believed that during periods of intense creative work, whether in pottery, writing, painting, dance, and so on, the artist’s own thought gave way to intuitive channeling of a greater creative force. This is epitomized in mahksahbahl (notice again the “mahk” prefix), unadorned Korean ceramicware. Mahksahbahl were created with utility in mind, from humble, unrefined materials, and in such haste that the speed of the work is clearly visible in somewhat mishappen appearance of the pieces. Other ceramic artifacts of the Josun Dynasty, such as boonchung, also display this unabashedly visceral nature. Their rippled surfaces emerge from the coarseness of the cheap clay that they were made from. Mahk is the ultimate epitome of the inevitable authenticity of form following function. The distinctive ceramic forms that arose as a result of a single-minded regard for function, ultimately came to be revered for their profoundly simple form, which some say verges on the sublime.

I think of the lack of adornments and fuss can be thought of as one manifestation of bium; the unbothered spirit of disregarding formal rigidity is an example of mahk. The empty-vessel state of the artisan when creating mahk can also be regarded as another form of bium. Bium and mahk are thus intertwined, catalyzing one another. They allow an innate joyousness in the act of creation to shine through the finished work. There is no room for the grandiose where there is mahk and bium, but mahk and bium hold space for some evasive, higher other quality that more grandiose art perhaps reaches for.

In my opinion, truly Korean architecture abdicates to its natural surroundings, relinquishing the hilltop to instead stretch quietly across the rolling valleys below. In a peninsula defined by its rocky, steep mountains and harsh seasons, topographical and climatic challenges have determined the character of the indigenous architecture. To exemplify this, we might visit the Busuhksa Temple, perhaps the most famous of the traditional religious sites in Korea. Though prominent examples of Chinese and Japanese Buddhist temples from the same period follow clear axial arrangements regardless of terrain, the architecture at Busuhksa melds with nature with elegant pragmatism. Buildings skew from entrance to shrine, paced by large, pregnant voids between them; the arrangement of the compound seemingly melts into the mountains, and one cannot experience being in the structures without simultaneously experiencing being in the mountains.

At Byungsahnsuhwun, a sixteenth century Confucian school, you will find withered columns lifting the weight of the building’s mass above a ravine. Their apparent imperfections are not a concession to aging. They were built this way. The wavering irregularities of the Byungsahnsuhwun columns radiate with a deference to the natural materials themselves. Their asymmetry brings to mind the intuitively unthinking hands of a potter in a meditative flow-like state of working, and their unmanicured state pay tribute to the sacred perfection inherent in the messiness of nature. 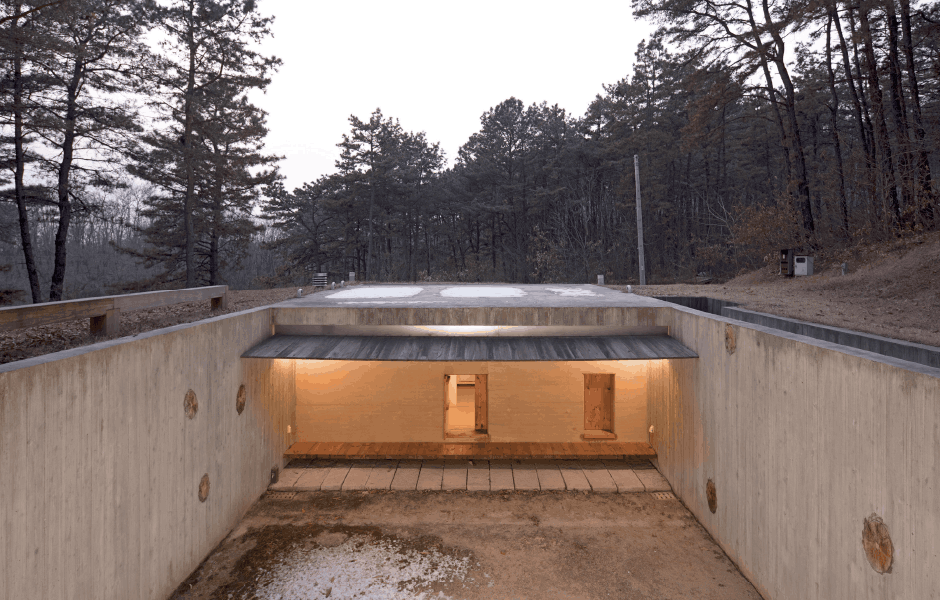 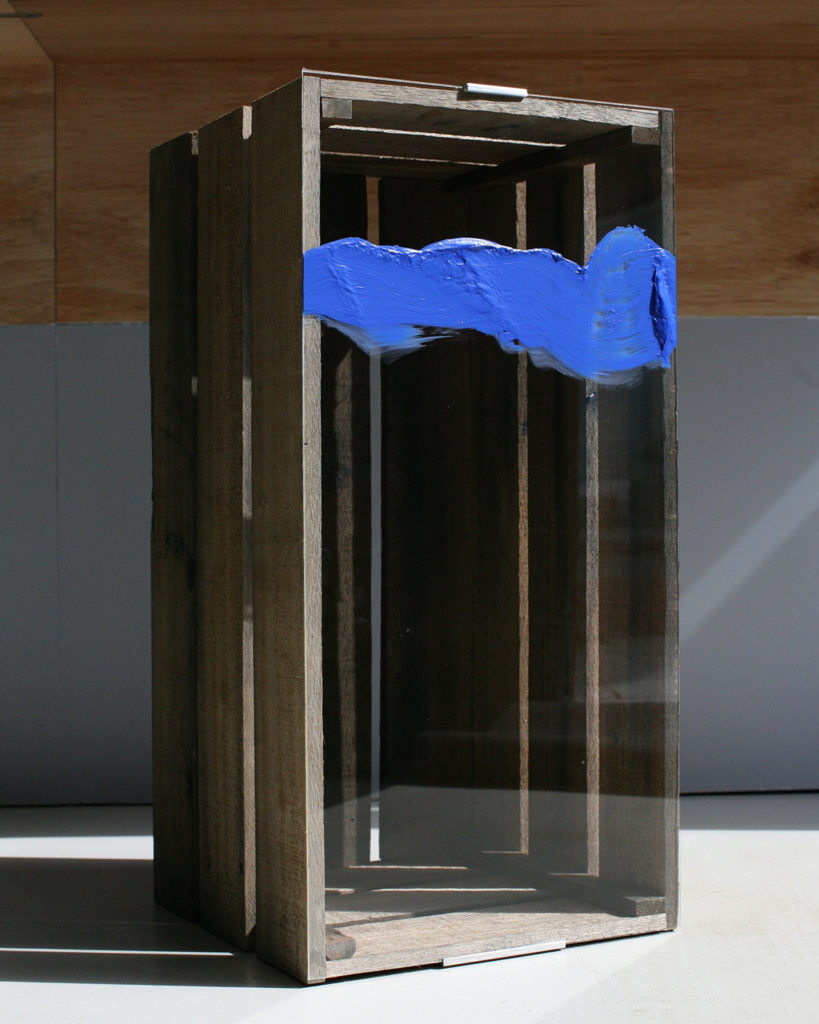 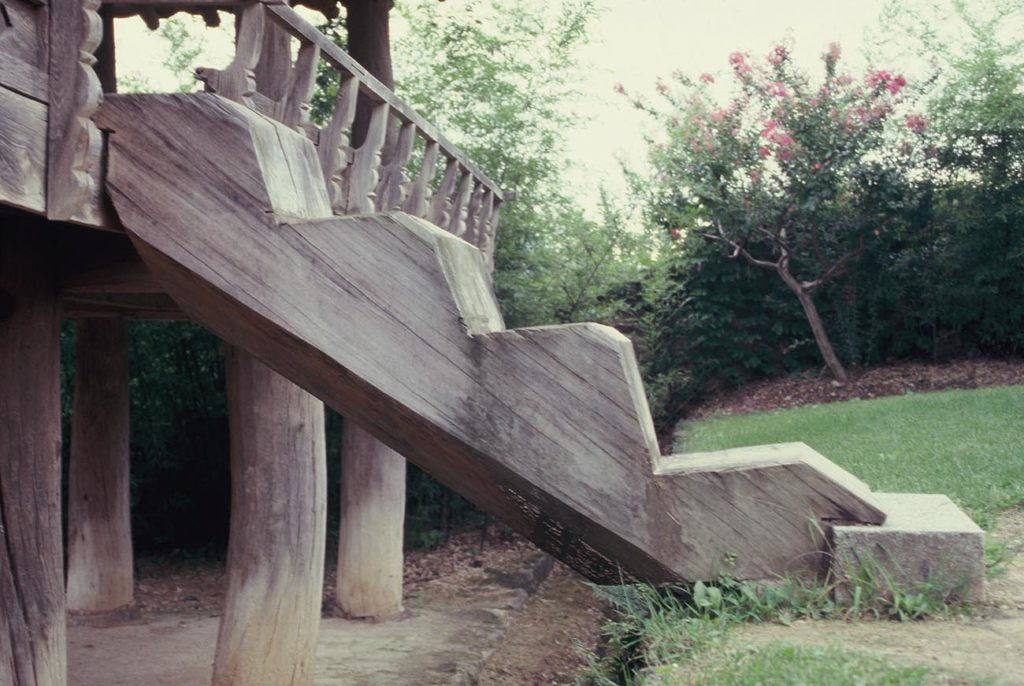 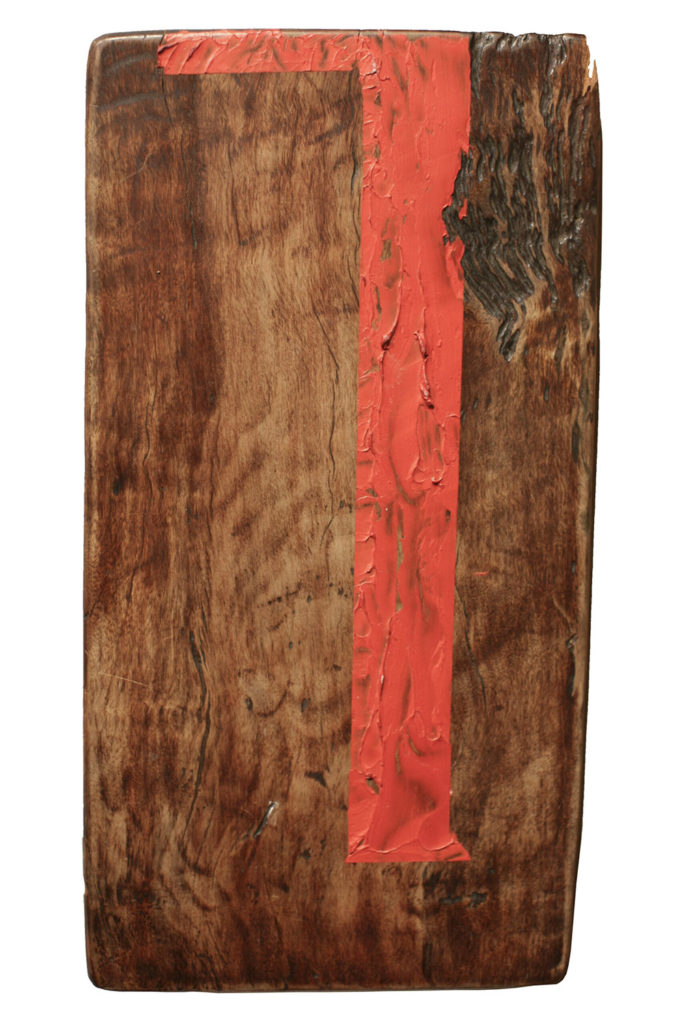