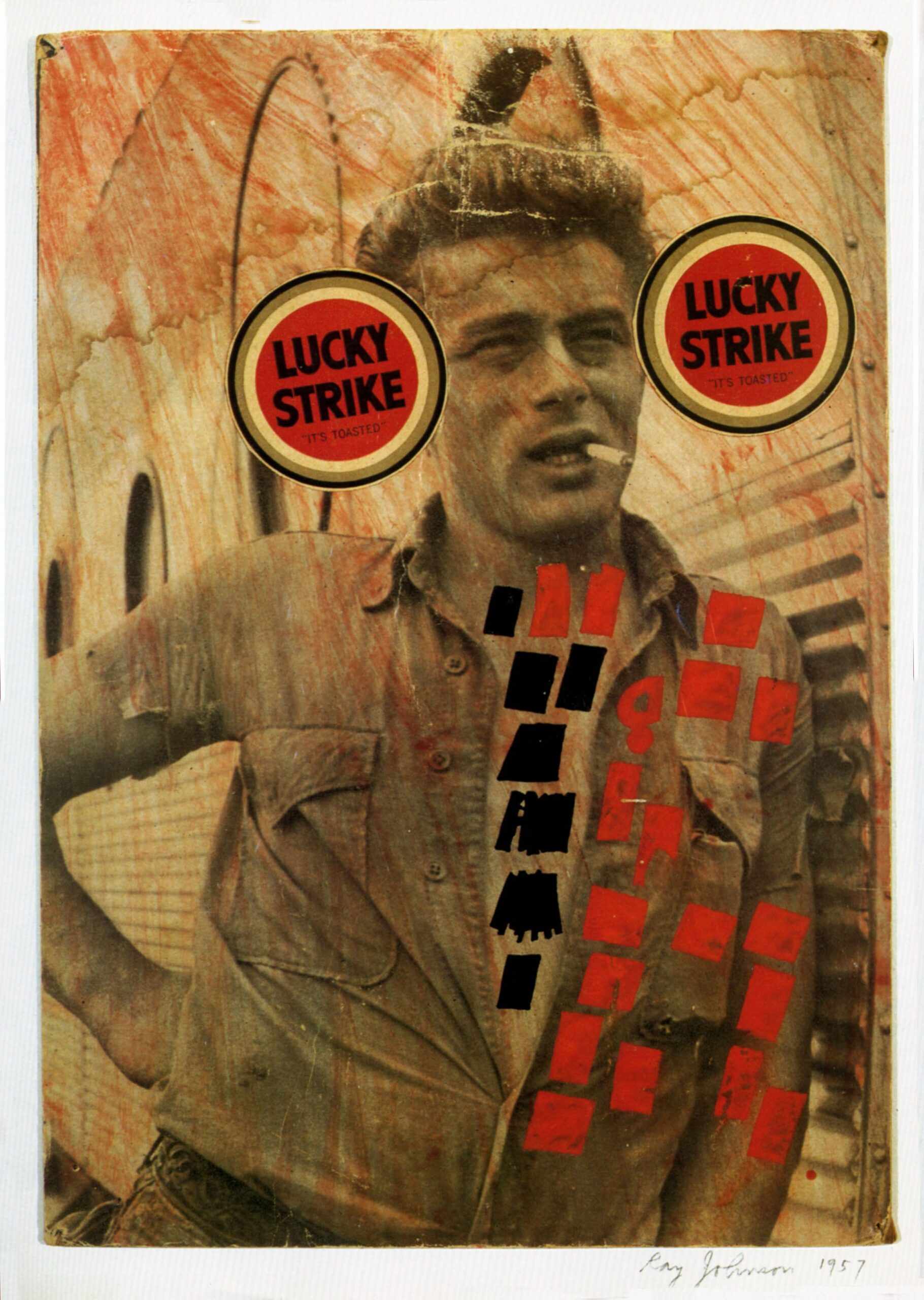 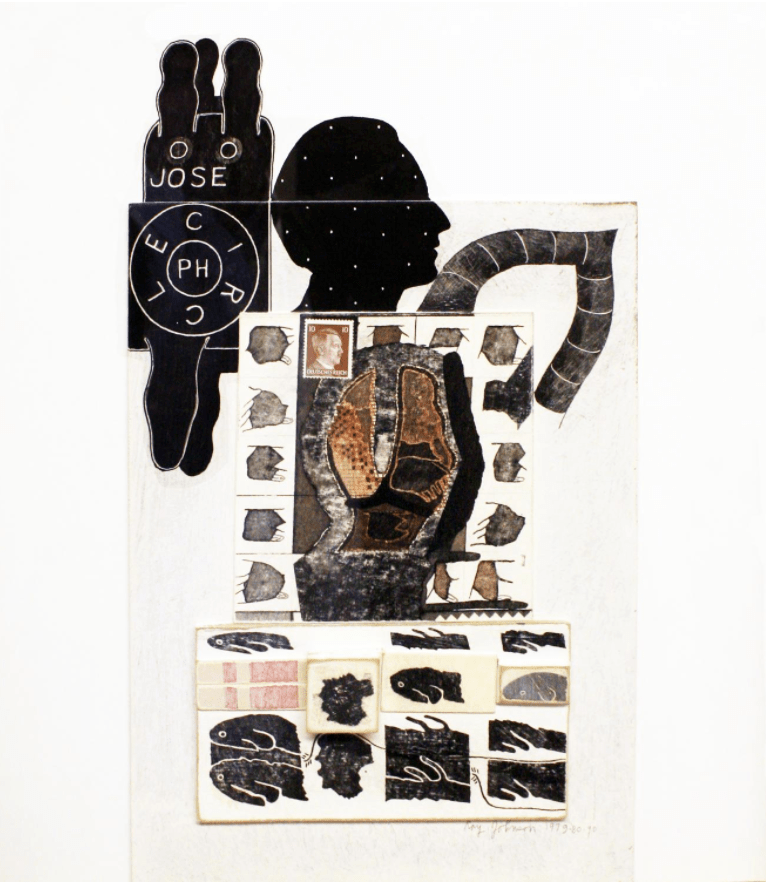 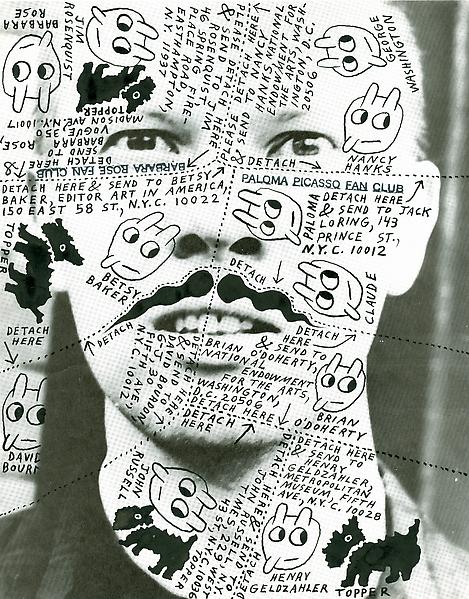 When the lockdown began last March in New York due to the pandemic, strangely enough people began hoarding toilet-paper. This meant they were preparing for a disastrous moment when there is no toilet-paper left in the bathroom. (I could roughly fathom their sense of fear but how come the final destination of imagination triggered by the catastrophic event ends up in the toilet?) As for my own non-imaginary predicament, I had to cancel an exhibition that had been planned to open in a month, and was stuck alone in an apt without knowing when the lockdown would be over. As if the skin lost its tightness, so did my days. I suddenly had too much time on my hands and felt disoriented.

Initially I thought watching a comedy would lift my spirit but they could not. Instead I began looking into dark movies or books on death and war. I watched Roman Polanski’s <Macbeth>, <The Seventh Seal> starring Max von Sydow, who had passed away when the lockdown had just begun, and was leafing through books by writers like Thomas Bernhard and E.M. Cioran. Then I watched documentaries on world wars, as well as feature movies on war that I had missed. All the things that were going on– news on the death toll due to the epidemic, the conflict between political parties which reminded me of the American Civil War, and isolation– conjured up the situation of “life and death,” and I was simply following the association process. After watching all the war documentaries, looking up historical facts, I could not help but to reach the conclusion that humans have been killing each other for no special reason, and people dying from contagion is not such an unusual event.

Traditionally, we eat hot soup on purpose during the midsummer heat. When the weather is hot, we sweat and the “inner” body temperature cools down. So the principle is that we eat hot soup to heat up our inner body to balance out. While people around you fight with each other, even die, and go into a frenzy of buying toilet-paper, you would rather put your nose into the business of death more seriously which seemed to form a quiet space inside you. A space where life and death live together. 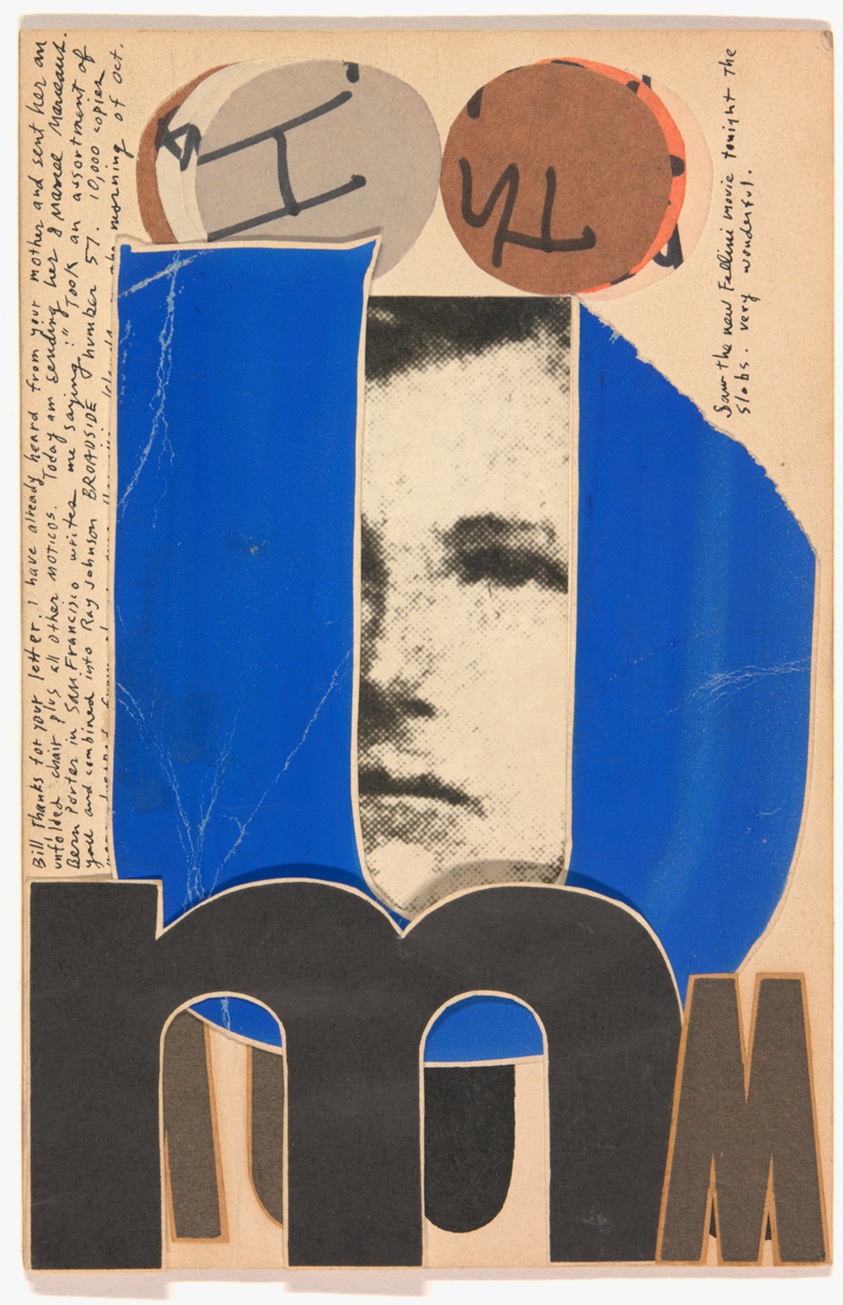 The only comedy I watched during lockdown was Luis Buñuel’s. There were two actresses who looked totally different but played a single character, which was even more disorienting to me. I read in a magazine that Buñuel, who was a surrealist, had a special notebook titled <The Book of the Dead>. In this notebook, he had written down the names of his dead friends. Hundreds of names were listed alphabetically; Man Ray, Alexander Calder, and Max Ernst were there. It sounds like it is something you would or could do, but if you actually try it, you would realize how disturbing it could get. Once you jot down the names of the dead, it feels as if they become alive again. Buñuel used to say that he is familiar with death because he grew up watching the parade of skeletons during the Holy Week procession back in his hometown Calanda, Spain.

When thinking about death, there is no one more adequate to think of than Cioran. He is extremely dark but could be funny too. E.M. Cioran first gained spotlight when an article in Le Monde titled “Cioran, or the Meditative Pessimist” was published in 1969. Eugene Thacker who wrote a foreword in one of his books pointed out many people he knew had died around that time. Cioran’s mother and sister passed, his friend Arthur Adamov(1908-1970) committed suicide, as well as the poet Paul Celan(1920-1970: he threw himself into the River Seine in Paris) who had translated Cioran’s works into German, and his close friend and existentialist philosopher Gabriel Marcel(1889-1973) also died. Cioran commented on suicide, asserting that it is useless since most of suicides are always ‘too late.’ He also said that “Yet evil, the real evil, is behind, not ahead of you.”

In fact, being born is the fundamental reason for death, it is the single origin of all the pains we go through. If we were not born, there would not be any of this pain. So we have already gone through the worst. Whatever may come forth, it could be said that it is better than the calamity of birth given the impact. People had called him a pessimist, but he could be seen as an optimist in some way. Cioran said that he could find any culture that would lament and mourn when a child is born, which is the best proof that “humanity has regressed.” If so, what would he have thought about people singing upon death?

There is a story of Zhuangzi. When his wife passed, and his friend Huizu went to convey his condolences, he found Zhuangzi sitting with his legs sprawled out with his hair undone, sitting next to the coffin pounding on a jar and singing. Huizu took the jar from him and scolded him, “You lived with her, she brought up your children and grew old, but you are not mourning but singing – this is going too far, isn’t it?”

Speaking of someone who would be lying down peacefully in a vast room, Ray Johnson comes to mind. He is one of the artists I think of, upon the theme of death. Ray Johnson is one of the influential figures of Neo-Dada and early Pop art, using celebrity’s image in his work before Andy Warhol did. He mainly made collages, and invented the genre, mail art. He had sent mails almost everyday for nearly 40 years to people in the art world. In New York, there was almost no one who had not received a letter from him when he was alive. He was not known but everybody knew him, and even had his work at one point; his works had permeated into the art world on an unprecedented scale.

On a cold January morning in 1995, Ray Johnson was found drowned in the sea off Long Island, NY. The day before, which was the 13th, he had stayed at Baron’s Cove Inn near Sag Harbor Cove, at room number 247. (When you add the number of alphabets in the location/motel name, the numbers of the room number, they each sum up to 13.) He checked-in for 90 minutes, and drove his car to the bridge in Sag Harbor. Two teenage girls testified later that they heard a splash of somebody falling in the water at around 7:15. Johnson had called his friend William Wilson (again, 13 letters) a couple of days before and told him that he would soon do a “mail event.” He was 67 years old. (again, 13) Since he did not leave any will, we simply presume his death as suicide. But as if he had been concerned that we didn’t notice it, he made sure that he left clues here and there that his death was a planned event. 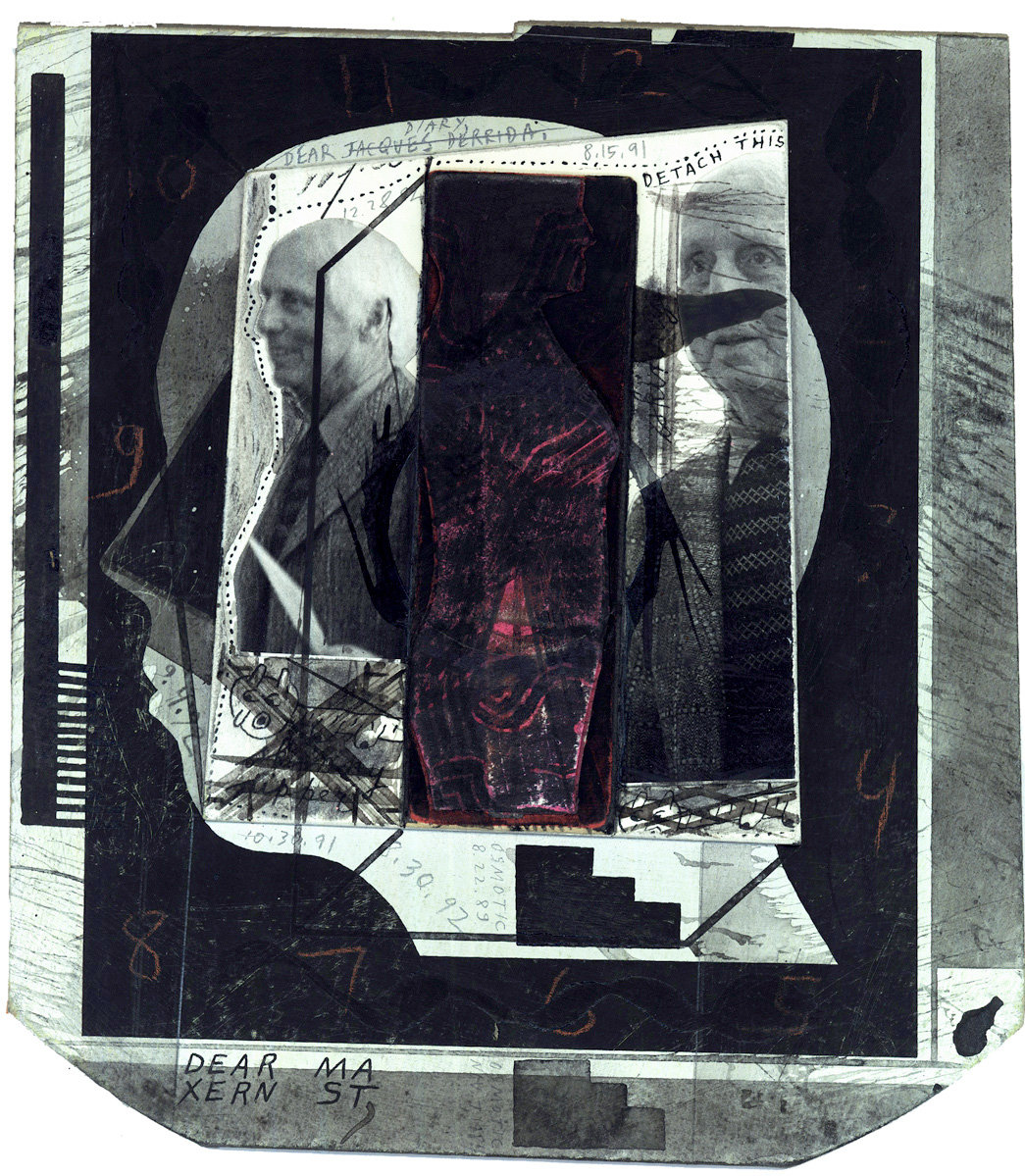 I sometimes wonder if we must use the word ‘suicide’ to indicate his death. If the reason he threw himself into the sea was some other objective than breathing his last breath, but the result was a coincidental death, wouldn’t it be correct to record it as an accidental death? And if it was a performance about ‘suicide,’ his motive must have been leading us to think about suicide rather than finishing a painful life, then is this a suicide? Shouldn’t it be called ‘death due to hypothermia which was entailed by a specific performance’?

It was his speciality, indeed, that he could confuse people to the extreme. Once, he proposed to do a portrait of the literary agent Morton Janklow. So he went on creating 26 collages of the motifs based on Janklow’s simple silhouette. Then he proposed to sell the work for $42,200. When the client hesitated at the high price, Johnson offered the half of the work for $13,000 with some other work thrown in or the whole work for $18,232 and he would add the portraits of Paloma Picasso. And he didn’t stop there. He would continuously change the content, number, and price of the work and kept on sending letters to Janklow. The price negotiation never came to a successful ending, but the correspondence of the whole negotiation process, the subject of the portrait himself became all part of the work. Johnson turned a portrait consignment into a performance piece. A performance not held on stage, but immersed in life.

People thought he was poor, but the wallet found after his death contained $1,600, and he also had his house, his art work, and a sum of $400,000 in his savings. He lived in poverty by choice, while mostly creating pieces that could not sell, and was being extremely difficult in talking about future exhibitions. When a gallery would propose an exhibition, he would answer “I want to do nothing.” He called his performances ‘nothings’ as opposed to ‘happenings,’ so the gallery people could never be quite sure whether he would do a performance titled ‘nothing’ or he would actually do nothing. How he lived and behaved was his statement on the system of art works being valued monetarily and sold.

According to a friend who knew Johnson, people who received his post and not exactly knowing what he was doing, would just throw them away, or simply lose it with time. But they could all remember what his mailed collages looked like or what they said. He widely pervaded many people’s minds, as a memory without physical trace. His last piece was his death, and people consider his life itself to be his work. Wilson, who Johnson called before his death, studied and conversed about Eastern thoughts and philosophies with him when they were young, and said that his ritual of death signifies he had become one at last with his surroundings. If he had truly visualized the image of becoming one with the sea by throwing himself into the water and being dissolved, he has become more alive with this death. 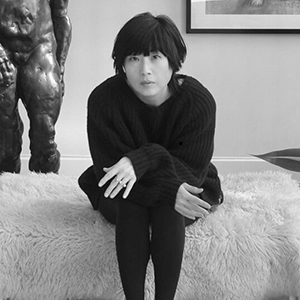 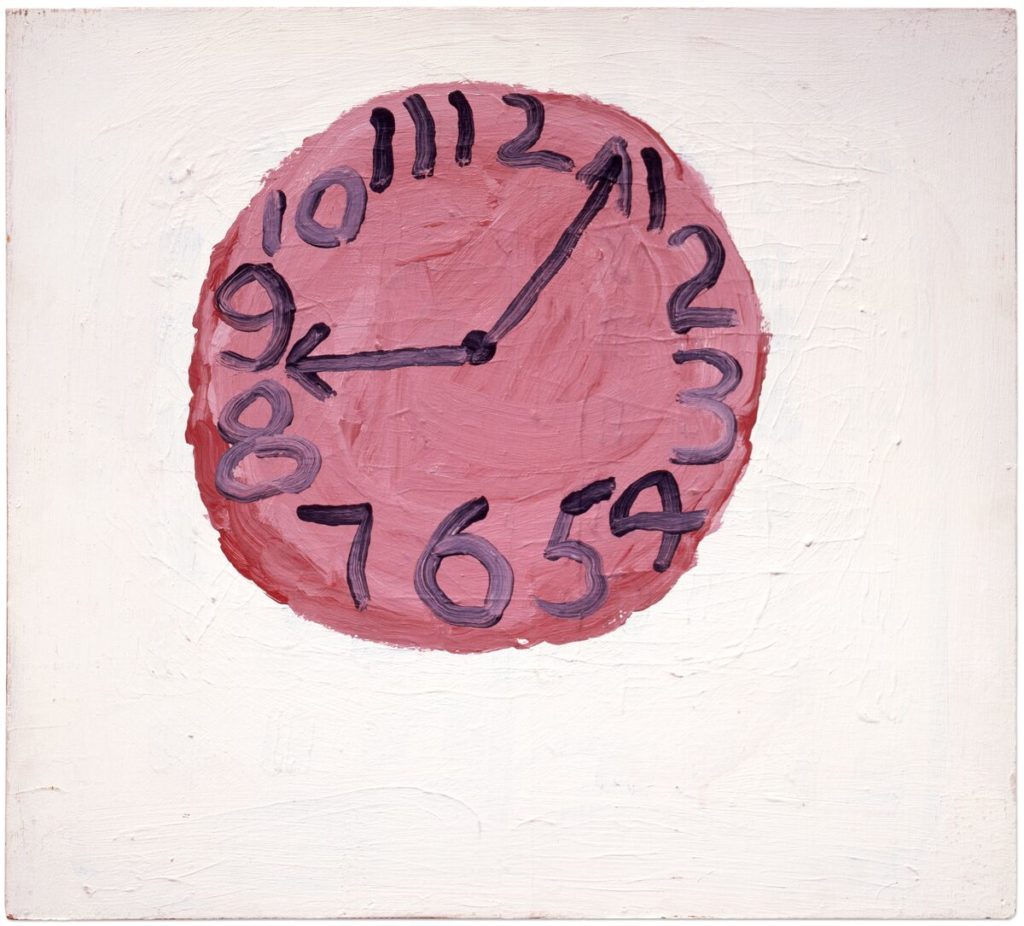 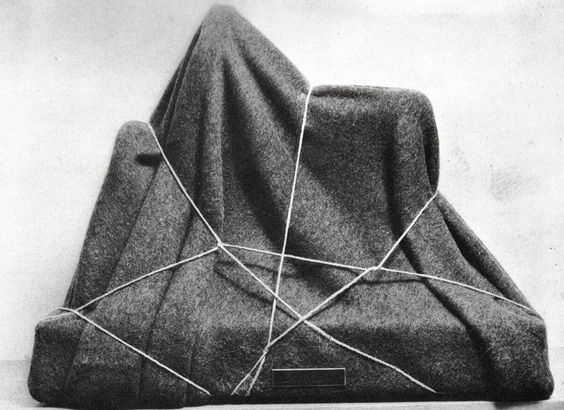 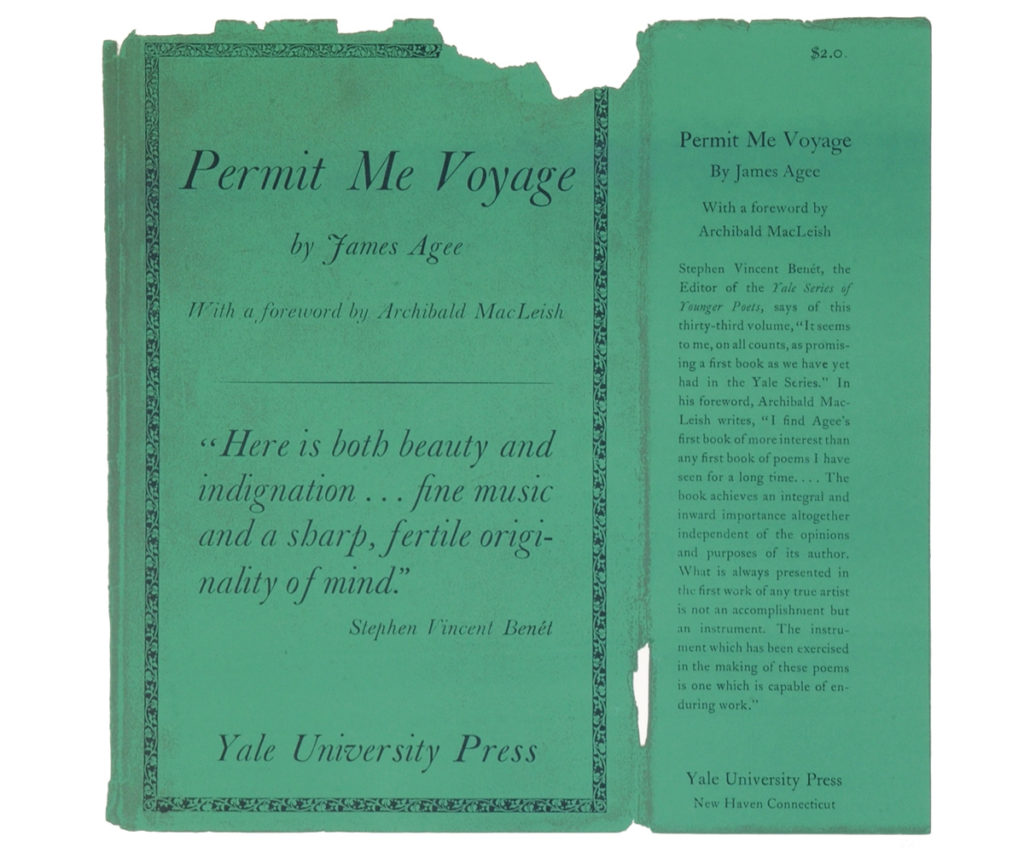 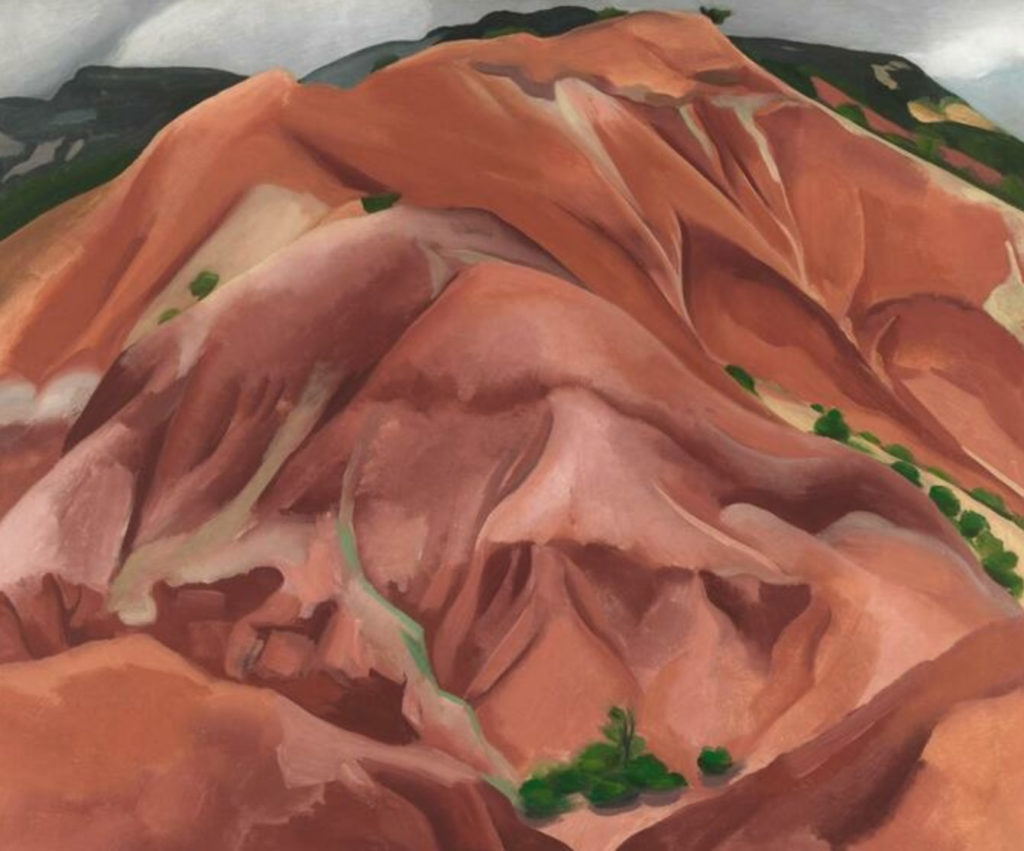 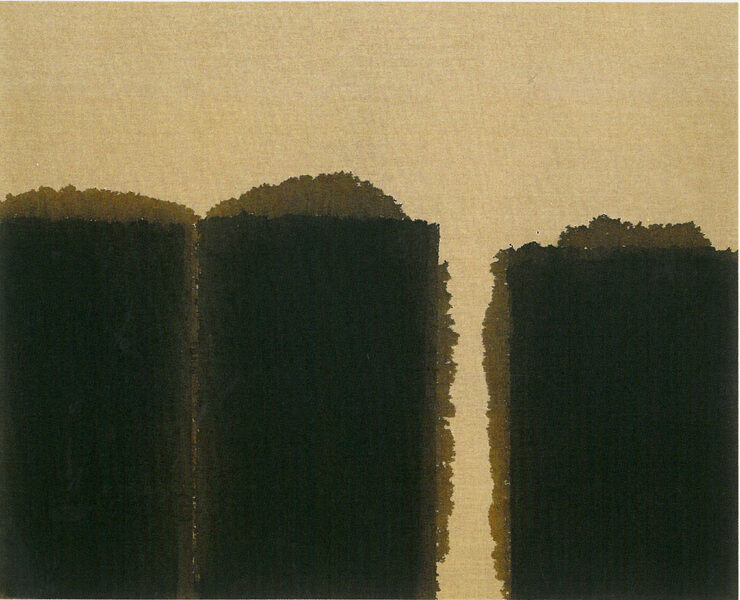